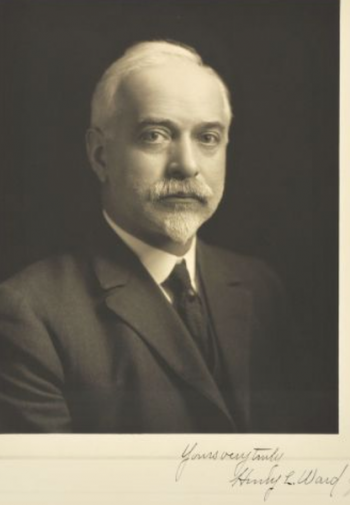 WARD, Henry Levi (1863-1943), born in New York to Henry Augustus and Phoebe Ann (Howell) Ward. He was interested in natural history specimen collecting, and in 1886 participated in the Mexican government expedition in search of the West Indian seal.

Ward was hired as the Milwaukee Public Museum's fourth director from 1902-1020. Previously, the museum had focused solely on the natural sciences, but this was changed when Ward began the creation of a History Museum. To further this goal, Samuel A. Barrett, the recipient of the first doctorate in anthropology awarded by the University of California, was hired to head an anthropology-history department. Barrett later succeeded Ward and led the museum through the Great Depression of the 1930s.