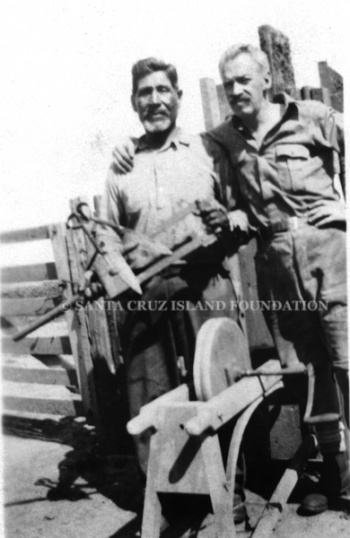 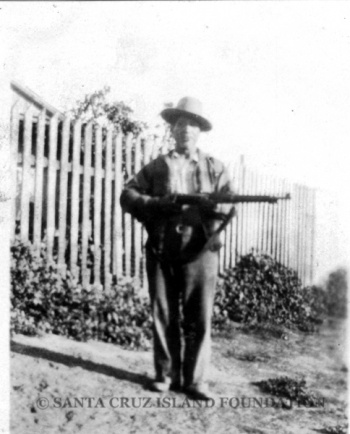 WATCHINA, Clemente ( - ), seasonal sheep shearer who worked on multiple Channel Islands during shearing time. These seasonal laborers arrived twice a year on various islands for their muscle-wracking wrangling of hundreds of sheep. They also took great pride in themselves and their work.

Elizabeth Lester (San Miguel Island) described them as “good natured, shy-mannered, diffident around women, fun loving, superstitious, loyal to their employer while working, and to no one when they were not.” She mentions Indians Clemente Watchina and Buster, Raymond Arrietta, Arno Ducazan, Fred Manjoul, Frenchy, and Jesus Spenzola on San Miguel Island. Clemente Watchina “chief Indian shearer, was fond of relating how his family once owned San Clemente Island.” [Lester 1974: 6, 21, 59].

There is a Tipai (Northern Diegueño) clan called "Guachenga" or "Wacheña," something like that - the spellings are inconsistent. It became a family surname. I have seen people with this surname in Indian census records, but I would need to look up those sources to give you an accurate spelling. I believe that Clemente must have been from the northern San Diego County area (e.g., from the Santa Ysabel, Mesa Grande, San Pascual or Barona tribes).