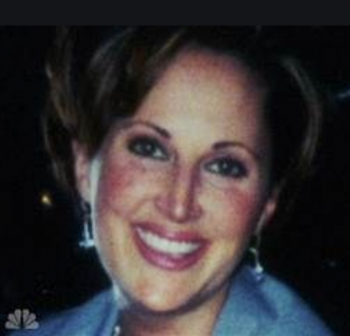 WEINFURTNER, Eva Maria (1959-2001), a married woman, was murdered by her boyfriend, Stephen Otto Reitz, in Room 2 of Avalon's Casa Mariquita Hotel. He claimed a sleepwalking defense which was rejected by the jury, and he was convicted of first degree murder.

October 5, 2001 [TI/Avalon]: “Tourist murders girlfriend in Avalon. Los Angeles Sheriff's homicide detectives are investigating the murder of a 42-year-old Coronado woman who was allegedly killed by her boyfriend in an Avalon hotel room on the 200 block of Metropole Avenue in the early morning of Oct. 1. Drugs and alcohol are reportedly involved in the matter and evidence of such was found in the hotel room. The suspect, a 25-year-old man also from Coronado, walked into the Avalon Fire Department early in the morning to ask for help for his girlfriend. On scene, paramedics found that the victim had been stabbed several times in the upper torso, reportedly by a pocket knife. She was pronounced dead on scene. Los Angeles County Sheriff's homicide detectives from the mainland are investigating the island murder, the first one in approximately 13 years. The suspect was arrested on Oct. 1 and arraigned on the mainland Oct. 3. The man is reportedly emotionally unstable and has a prior history of alcohol-related offenses.”

June 25, 2004 [LAT]: “Sleepwalking Defense in Killing Doesn't Sway Jury. Panel convicts man who said he thought he was acting out a dream when he beat and stabbed his girlfriend at a Santa Catalina hotel. A Coronado man who said he was sleepwalking when he killed his married girlfriend in a Santa Catalina hotel was convicted Thursday of first-degree murder. The Long Beach Superior Court jury deliberated about 15 hours before finding Stephen Reitz, 28, guilty. He will be sentenced July 28. Reitz, a commercial fisherman, told authorities that he was unconscious and acting out a dream when he killed Eva Marie Weinfurtner, 42, during a weekend getaway in October 2001. Prosecutor Ken Lamb said that Reitz threw a flower pot at Weinfurtner's head, cracking her skull, and beat her repeatedly. He then stabbed her in the neck. Reitz told police that he found Weinfurtner's body at the foot of the bed after dreaming that he was fighting off an intruder. He also told police the pair had been drinking and using cocaine. Weinfurtner, a jewelry artist also from Coronado, had been seeing Reitz for about 10 months. The defense had emphasized Reitz's history of mental problems and the medical possibility that someone could be capable of committing a violent crime while sleeping. "It was the only defense we had, because my client said he was unconscious. There was no other defense we could use because this is what really happened," attorney Theodore P. Veganes said. "We had the best doctors in the nation say that this could happen." Veganes said Reitz expected the guilty verdict because he knew jurors might find the explanation suspect. Veganes, who said he will ask for a new trial, called this jury "too afraid" to acquit his client. "They were scared to let him go free because of what the public would say." Several jurors said the panel might have been convinced by a sleepwalking defense if Reitz had just thrown the flower pot. But the attack that followed convinced them that his defense was implausible. "He was a fisherman, he knew what he was doing with the knife," said Tom Mahoney, 38, a juror from Long Beach. Mahoney said he also was convinced by testimony that Reitz had a history of violence. In the months before the attack, Weinfurtner's relatives noticed bruises on her body and warned her that she should stop seeing Reitz because he was dangerous, said her sister, Joyce Dean. Juror Roel Salvador, 26, of Long Beach said the graphic photographs of Weinfurtner's body influenced the panel. "You could do a few things sleepwalking, like the doctors said, but not all that," he said. Lamb, a deputy district attorney for the county, said after the verdict, "It was a brutal, brutal murder, and he was held accountable." Weinfurtner's cocaine use and her troubled marriage had concerned her large family -- she was the eighth of nine children -- relatives said. "We knew something like this could happen," Dean said. The verdict "won't bring her back, but this is justice at least."”

August 20, 2004 [SD Union Tribune]: “LONG BEACH – In an emotional hearing, a judge yesterday sentenced Coronado fisherman Stephen Otto Reitz to 26 years to life in prison and derided Reitz's defense that he was sleepwalking when he killed his girlfriend Eva Marie Weinfurtner as "sophistry." Superior Court Judge Gary Ferrari's sentence, the maximum he could order, ended the lengthy court drama stemming from the beating and stabbing of Weinfurtner on Oct. 1, 2001, in a Catalina Island hotel room. It was the first killing at the resort locale in more than a decade. Ferrari noted Reitz's lawyer Theodore Veganes repeatedly complained prosecutors were trying to portray Reitz as a "monster." The judge said the description was apt. "I can't think of any other more appropriate description of somebody that would commit this kind of act on a person with whom they had a relationship," said the judge. Reitz, 28, was convicted in June of first-degree murder after jurors sided with prosecutors, who alleged Reitz attacked Weinfurtner in a rage and wasn't sleepwalking. Weinfurtner, 42, was struck in the head with a heavy flower pot, beaten severely and stabbed several times in the back of the neck with her pocketknife. Reitz said he summoned authorities after waking at about 1 a.m. and finding Weinfurtner dead on the floor of their room at the Casa Mariquita Hotel in the island's main city of Avalon. He told detectives he didn't recall attacking her, but remembered a dream in which he struggled with an intruder. He said he had a history of sleepwalking. Judge Ferrari yesterday dismissed the testimony of defense witness and sleep-disorder expert Clete Kushida, who found it unlikely Reitz was lying about his sleepwalking episode in Weinfurtner's death. "The theories of Kushida are absolutely . . . without empirical evidence. "In fact, this whole business of committing a murder while sleepwalking . . . I think the best word is sophistry," said the judge. That statement sparked a sharp retort from Reitz's father, Stephen L. Reitz, a retired Navy commander from Coronado. He told the judge testimony about his son's condition was no more sophistry, or subtly deceptive reasoning, than a doctor's diagnosis of schizophrenia, depression or bipolar disorder. "He is not a murderer," the elder Reitz told Ferrari. "It was not an intentional act." Earlier in court, two of Weinfurtner's brothers urged the younger Reitz to accept responsibility for his actions. "If you attempt to address the family in a remorseful way . . . with that there can be redemption, there can be forgiveness," Sam Paschall of Escondido told Reitz.