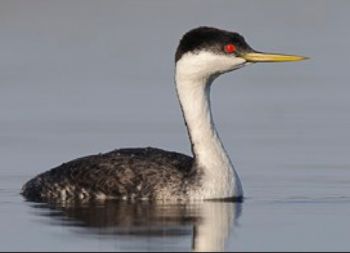 No historic collections (prior to 1950) from the California Channel Islands have been located. Specimens were taken on San Nicolas Island (1977 and 1991); San Clemente Island (2001).

1984 San Clemente Island: “WESTERN GREBE (Aechmophorus occidentalis). Rare winter visitor: seven modem records from 8 Oct to 21 Apr. Howell (1917) reported that C.B. Linton had seen this species at different times in the winter, although Linton (1909) does not mention them.”
The Birds of San Clemente Island, 1984

1927 Santa Rosa Island: “Aechmophorus occidentalis. Western Grebe. Two were seen by Pemberton and Howard swimming in the sea, April 2.”[“Through the generosity of Mr. Silsby M. Spalding who placed at our disposal his splendid cruiser Padariva I the writer accompanied by H. W. Carriger, Dudley DeGroot and 0. W. Howard was enabled to spend the period from March 25 to April 5, 1927, inclusive, among the Channel Islands off the coast of southern California.”]
Pemberton, J. R. Additions to the known avifauna of the Santa Barbara Islands The Condor 30(2):144-148, March-April 1928