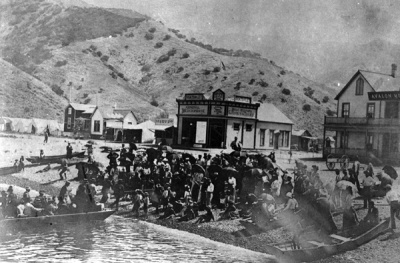 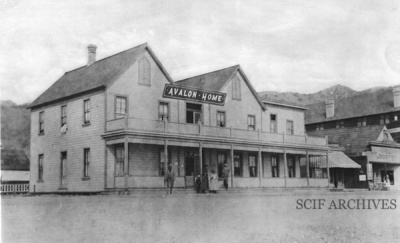 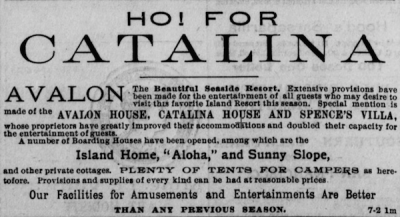 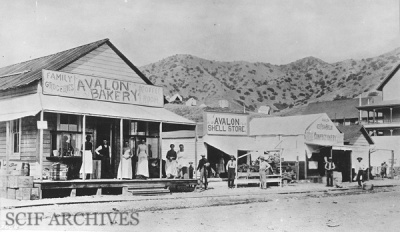 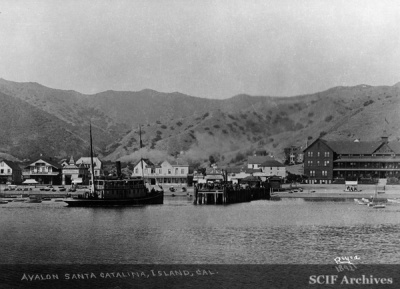 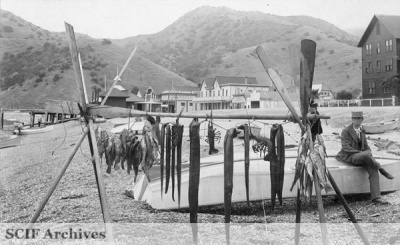 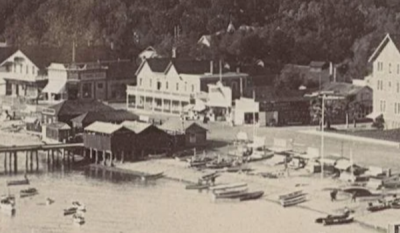 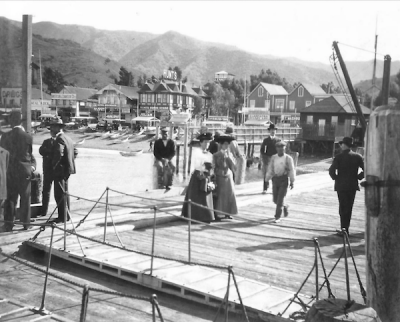 WHEELER, Alonzo (1835-1904) was born October 31, 1835, in Pigeon Cove, Gloucester, Essex, Massachussetts. On March 26, 1873, he married Sophia Atwood Pool (1838-1925). In December 1888, Massachussetts-born Alonzo Wheeler and his wife, paid Santa Catalina Island developer, George Shatto, $2660 for five lots of Block 4 in Avalon. They were the first to buy property for engaging in business. Here they built their grocery store and bakery, which they replaced with their lodging house, Avalon Home, on the west corner of Crescent and Sumner avenues.

In the summer of 1890, the Wheelers enlarged and improved their hotel. Avalon Home was open year around, with “fish right out of the water a specialty.” Wheeler was a baker by trade. He also operated the grocery store and coffeehouse next to his Avalon Hotel [Avalon Home]. He advertised:

Later the Banning Company changed the name of the Avalon Home to to the Island Villa Hotel.

July 10, 1904 [San Bernardino County Sun]: “J [A.?] Wheeler, a patient at the State Hospital died at that institution Thursday and was buried Friday morning. Rev. Banham of the Congregational Church of this place officiated. The passing away of Mr. Wheeler marks the ending of a man who at one time occupied one of the most prominent places in the public eye of Southern California. He was a man of marked ability and integrity. He lived for many years on Catalina Island and founded the institution known as the Avalon Inn. He was very eccentric and will be recalled by those who lived in the region 12 or 15 years ago. He was committed to the State Hospital in 1894.”