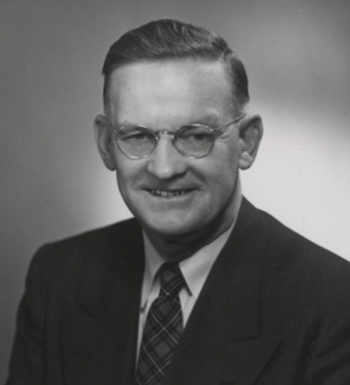 WIGGINS, Ira Loren (1899-1987)[SS#565-24-9859], Wisconsin-born graduate of Stanford University, professor of botany and director of the natural history museum at Stanford University. He began his Stanford career in 1929 as Assistant Professor, and was an active faculty member until his retirement in 1964.

Wiggins, in the company of botanist LeRoy Abrams, collected plants in June of 1931 on Santa Cruz from the Smugglers Cove area, as reported in the December 1931 Santa Barbara Museum of Natural History Leaflet. They also collected on Santa Rosa, Anacapa, Santa Catalina and San Clemente islands. Wiggins was the first recipient of the Fellow’s Medal of the California Academy of Sciences and was among the most productive of America’s botanists. His Flora of Baja California remains the standard today.