Difference between revisions of "WITBECK, Marion"

WITBECK, Marion Ainsworth (1922- ) Stanford University classmate of Carey Stanton in the early 1940s. Witbeck and Stanton dated for more than 40 years, until Carey Stanton's death in 1987. Neither ever married. Carey Stanton proposed to the stunningly beautiful Marion three times; three times she turned him down. At the third refusal, he gave his word as a gentleman he would not ask her again, and he never did. 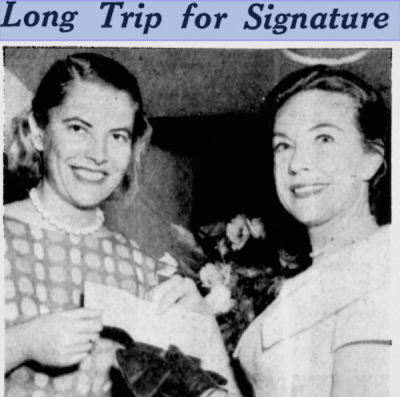