Difference between revisions of "WOODWARD, Arthur" 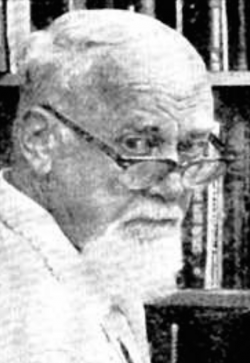 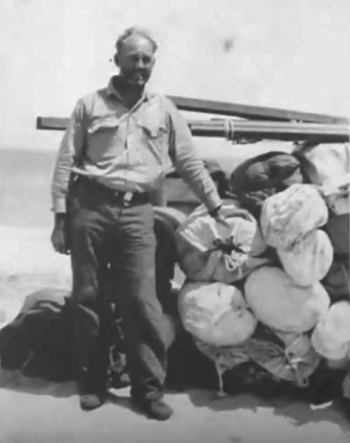 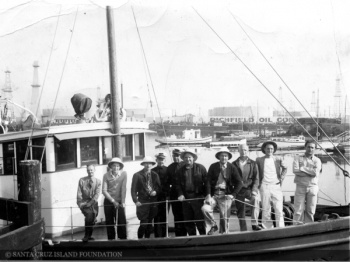 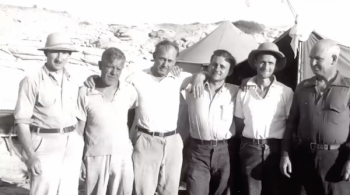 WOODWARD, Arthur (1898-1986) [SS# 561-42-6120], curator of history at the Los Angeles County Museum who participated in the museum’s Channel Islands Biological Survey (1939-1941). He accompanied six expeditions, including trips to San Clemente, San Nicolas, Santa Cruz, Santa Rosa and San Miguel islands. On Santa Cruz Island he conducted an excavation at Prisoners’ Harbor in 1939. At Cuyler’s Harbor, San Miguel Island he noted a cemetery that A. R. Sanger had “vandalized as usual.” When Woodward was on Santa Rosa Island in 1939 and again in 1941, he relocated what he believed to be Nidever’s Cave. Woodward’s field notes are in the Arizona Historical Society, Tucson.

Barbara Helen Lee Loomis (1910-1981) became Woodward's third wife in 1945. She had participated in the Channel Islands Biological Survey on Santa Rosa Island at the end of 1941.

December 13, 1940 [OT]: “Relics of Grass-Skirted Tribe Found on Isle off California. Los Angeles, Dec. 13.—On a bleak, wind-swept Pacific island, now a key naval defense site, scientists have found evidence of a prehistoric people whose women wore grass skirts and whose men apparently were accomplished sailors. Arthur Woodward, historical director of the County Museum, returned today from an expedition to San Nicolas Island with what he termed the most important collection of artifacts yet obtained in a series of offshore studies. The grass skirts were found in almost perfect condition. So was primitive cordage, which Woodward reported appeared to have been designed to rig sailing vessels. Either, he suggested, the seaweed from which the articles were made contained preservatives elements unknown to marine botanists today, or unidentified preservative chemicals are part of the island soil. Considerable study will be necessary, he explained, to determine how ancient are the skirts, cordage, primitive fishhooks, whale bone implements and other findings. But there is no question, he added, that they antedate sixteenth century Spanish discoveries on the West Coast and may be several thousands years old. That they go back farther than items found on nearby coastal islands in recent years is indicated by the plainness of fishhooks and arrowheads, whereas those discovered elsewhere were chipped—marks of a more advanced culture. San Nicolas, 65 miles from the California coast, is the westernmost of the seven Santa Barbara Channel Islands. It is eight miles long and three miles wide. Long under Navy control, it has been reported in line defense development. Virtually its only inhabitants for years have been sheep-herders. Two Navy radio operators and two observers for the Geodetic Survey. Almost without fail, even on days when the sea is calm, a howling 40-mile wind sweeps the island for 12 hours. Indians have a legend that the howl is the voiced displeasure of spirits, guarding the graves of a lost Indian empire, at the disturbances caused by alien visitors of the past century.”

November 23, 1941 [TBN]: “… In a land where no elephants exist now outside of circuses and zoos, tiny dwarf elephants use to roam, it was disclosed by scientists here today. Arthur Woodward, noted savant of the Los Angeles Museum made the announcement when he left with an expedition for Santa Rosa Island off the coast of Santa Barbara to take up the bones of the pachyderm. The bones long buried in the island’s scant soil were exposed by rain washing…”

[unattributed; unpublished Santa Rosa Island journal December 1941]: "The Archaeological section of the Museum Survey consisted of Mr. Arthur Woodward, Miss Marion Hollenback and Miss Barbara Loomis. Mr. Woodward, however, remained only for the first three days. They reached Santa Rosa Island via the Fish & Game Commission boat Yellowtail on November 25th, 1941 after a few days delay in getting away from the mainland due to high winds. Already on the island were Mr. and Mrs. Kenneth Stager who were studying mammals, and Mr. Bill Fletcher, Mr. Jack Couffer, and Mr. Victor Case, who were concerned with fossil elephants. Mr. and Mrs. Willett of the Zoological division arrived on the 29th via the Scoffield and Mr. Woodward and the Stagers left.

January 27, 1986 [Arizona Daily Star]: “Arthur Woodward dies; archaeologist, curator. Arthur Woodward, an archaeologist, museum curator and book collector who lived in Tucson for 33 years, died Friday of pneumonia. He was 87. Memorial services will be at 2 p.m. Saturday at East Lawn Mortuary and Cemetery, 5801 E. Grant Road. Woodward was born in Des Moines, Iowa in 1898, and his family moved to San Francisco in 1907. After serving in the infantry in World War I, he enrolled at the University of California at Berkeley in 1920, where he studied anthropology, history and English. He left after two years to take a reporting job with the New York Evening Journal. He was a journalist for about three years. Woodward's first job as museum curator with the Museum of American Indians in New York in 1925. He moved later that year to work at the Los Angeles County Museum, where he was curator until he retired. He excavated prehistoric sites from Arizona to the South Pacific, and moved to Tucson in 1953 after his retirement. During World War II, Woodward served as a naval intelligence officer in the South Pacific. Woodward helped the Arizona State Museum design one of its first exhibits on the history of Arizona. He also became a state Park Service consultant for the Tubac museum. In 1961 Woodward was awarded an honorary doctor of letters degree from the University of Arizona. He started collecting books in 1922. He had more than 24,000 columes, the oldest a 1599 dictionary of English and Spanish. In addition to collecting books, he also wrote several, including a history of Navajo silversmithing. "Feud on the Colorado," and other historical accounts. Woodward is survived by his daughter, Ruth Duggan of Tucson; two brothers, Barker and guy of Ramona, Calif.,; a sister, Otilla Hamlin of Ramona, Calif.; three grandsons; two great granddaughters; nine great-grandchildren; and 12 nieces and nephews. The family requests memorials in Woodward's name be made to the Disabled American Veterans.”