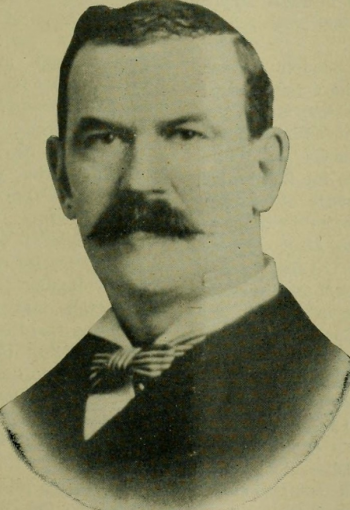 WORTHEN, Charles Kimball (1850-1909) was born September 6, 1850 in Warsaw, Illinois. He was educated in the public schools of Warsaw and later in Springfield to where the family moved in 1858. His father, Amos H. Worthen, was for a time the Illinois State Geologist. Worthen attended Bowdoin College in Maine, where he illustrated Lieutenant Wheeler's Expedition West of the 100th Meridian under Professor Charles A. White. Aftwewards he went to Harvard's Museum of Comparative Zoology, where he became associated with Professor Louis Agassiz, illustrating the fishes and fish teeth of Illinois. Worthen became well known to ornithologists, and he amassed a remarkable private collection of North American birds, consisting of 333 species, plus 650 egg sets of 1406 eggs. One of the least known sparrows, Worthen's Sparrow (Spizella wortheni) is named for him.

Worthen died on May 27, 1909. He is buried in Oakland Cemetery, Warsaw, Illinois.