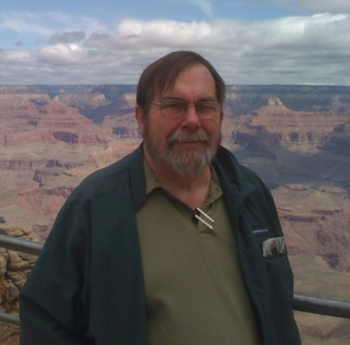 WYSOCKI, Joseph (c. 1948 -2013), retired physicist and Channel Islands National Park volunteer who was accidentally killed on Anacapa Island when he fell from the ladder while boarding the boat, and was crushed by the park vessel, Ocean Ranger.

July 11, 2013 [LAT]: “A 65-year-old retired physicist and park volunteer with a passion for nature died this week when he tried to board a boat and fell, seriously injuring his head, officials said Thursday. Joe Wysocki began volunteering at Channel Islands National Park in the mid-1990s as a naturalist. Wysocki was "highly valued for his skills as an audio visual technician and camera operator for the park's distance learning program Channel Islands Live," officials said. Wysocki's fall was described as an accident that occurred Wednesday about 3:15 p.m. at Anacapa Island, where "Wysocki fell off the landing dock ladder as he was boarding the National Park Service (NPS) vessel Ocean Ranger," according to a statement. Wysocki "sustained a serious head injury," and although officials said some of those around pulled him out of the water and tried to render aid, and paramedics tried to resuscitate him, he was pronounced dead about 4 P.M.”

July 11, 2013 [VCS]: “A National Park Service volunteer died this week after falling and hitting his head on Anacapa Island, park officials said Thursday. The incident was reported about 3:15 P.M. Wednesday when Joe Wysocki, 65, of Malibu was boarding a boat. He fell off a ladder and into the water and suffered a serious head injury, officials said. Staff members, volunteers and a park visitor pulled Wysocki back onto the boat to offer emergency aid. A Ventura County sheriff’s helicopter responded with a paramedic team, but Wysocki was pronounced dead about 4 P.M., officials said. Wysocki had been a volunteer for Channel Islands National Park since 2011, working as an audio-visual technician and camera operator for the park’s distance-learning program, Channel Islands Live. He was a skilled underwater and land photographer, a longtime boater and a dive instructor, said park spokeswoman Yvonne Menard. On Wednesday, he was helping with the Channel Islands Live program. The park planned two live broadcasts to the mainland Wednesday, allowing children sitting in an auditorium at park headquarters in Ventura to experience island hiking. It’s unclear what caused Wysocki to fall from a ladder leading from a dock to the boat. Winds were calm and the water was clear, officials said. The park service, sheriff’s office and county coroner’s office are investigating. An autopsy to determine the exact cause of death is scheduled for Friday, said Craig Stevens, a senior deputy Ventura County medical examiner. “He has been such a valued and appreciated member of our team,” said Menard, who had known Wysocki since he volunteered as a naturalist with the park in the 1990s. After his retirement, he regularly volunteered with the live broadcast program. “Joe was a very kind, very intelligent man,” she said. “He was fun to work with. Everybody liked him.” Anytime there was extra work, Wysocki would volunteer to make sure it gets done, Menard said. He also took the time to mentor others. “That’s the type of person Joe was,” she said. Channel Islands National Park had 2,075 volunteers last year. They donated more than 67,000 hours — the equivalent of about 32 full-time positions, Menard said. Most of those volunteer hours are put in by people like Wysocki, she said. “He was really part of our National Park Service family,” Menard said. “We’re grieving.”

In 2007, a Channel Islands volunteer died after a scuba dive off Anacapa Island. Robert Rydgig, 77, of Ventura suffered a massive heart attack while starting to climb a boat ladder, officials said. He apparently had previous heart problems, and the dive did not have anything to do with the heart attack, the county coroner’s office said at the time. Rydgig had volunteered with the Channel Islands Naturalist Corps.”

July 16, 2013 [Independent]: “A volunteer with the National Park Service was killed last Wednesday after he fell from a dock ladder on Anacapa Island. Joe Wysocki, 65, was trying to board the National Park Service (NPS) boat Ocean Ranger at about 3:15 pm when he fell and sustained a serious head injury, said NPS spokesperson Yvonne Menard. Wysocki was pulled from the water, loaded onto the boat, and airlifted by a Ventura County Sheriff’s Search and Rescue helicopter to an area hospital. Despite resuscitative efforts, Wysocki was declared dead at approximately 4:00 p.m. An audio visual technician and camera operator for the park’s Channel Island Live education program, Wysocki had been a volunteer for the Channel Islands National Park since November 2011. He spent his career working as a physicist at a research lab in Malibu and in his free time enjoyed sailing, boating, and diving. The day he was killed, Wysocki and his crew made two live broadcasts to students watching informative talks about island biology and ecology from their school computers.“Joe was a part of the National Park Service family,” said Menard. “We're grieving, and our thoughts go out to all of his family and friends. Joe was intelligent, committed; we miss his personality and all his contributions.” Though getting on and off Anacapa Island's landing dock can be somewhat tricky and dangerous — visitors are required to step from an unanchored vessel onto an open steel ladder, timing the step or short jump to compensate for the movement of a lurching boat — Menard said this was the first major accident at the location in recent memory. Public boats are able to back up to the ladder, but larger NPS boats offload from the side, she explained. The ocean on the day of the accident was glassy and calm with about a foot of swell, Menard said. On rougher days, she said, the wind and waves can whip into the cove from the northwest and make loading and unloading more difficult.