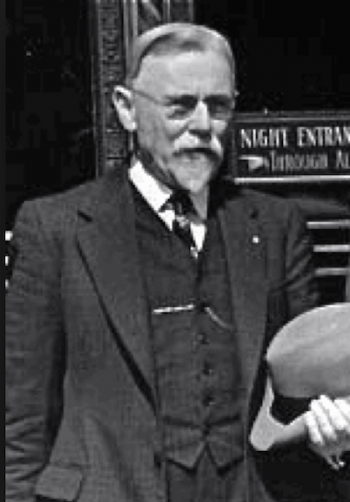 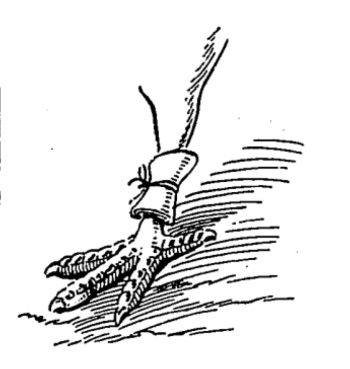 ZAHN, Otto Johann (1872-1965) and his brother, Oswald Francis, instituted the first scheduled method of communication via carrier pigeon from Santa Catalina Island to the adjacent mainland in 1894. They had permission from Hancock Banning to build an office and pigeon loft on the wharf at Avalon, and their pigeons flew between the island and their loft on Bunker Hill, Los Angeles. They also contracted with the Los Angeles Times to fly daily news from Avalon to Los Angeles during the three-month summer social season. Handbills advertised their message service “from Catalina to the outside world” for $1 each. Their younger brother, Lorenzo Zahn, assisted in delivering the messages once they arrived in Los Angeles. Messages on small onionskin forms were folded lengthwise into half-inch wide strips, wrapped and tied around the carrier’s legs. Although the delivery record was impressive, the Zahns operated their flock for four years before selling the business to pigeon fancier, G. H. Humphreys.

February 6, 1894 [LAT/SCat]: “The carrier pigeon service between Los Angeles and Catalina Island is getting in shape, and promises to be quite a feature during the coming season… Otto Zahn arrives on Tuesday’s boat to arrange for a plant of 100 carrier pigeons, to be used in the increasing demand for messages across the channel.”

February 19, 1894 [LAT/SCat]: “The following special correspondence to The Times from Catalina Island was received yesterday via homing pigeons of Otto Zahn…”

July 12, 1894 [LAT/SCat]: “July 11. By Zahn’s Carrier Pigeon Service to the Times. Otto J. Zahn, the well-known breeder and flyer of homing pigeons, arrived on yesterday’s steamer, and will perfect arrangements at once for the regular daily service between The Times and Catalina Island. Orlando, the celebrated homer, which has a record of fifty-five minutes over the fifty-mile route across the channel to Los Angeles, is the bearer of this message. (Although a fog hung over the channel all day long, he and two other birds found their way over with apparent ease.) “

June 3, 1895 [LAT/SCat]: “G. M. Arthur, uncle of Bayly, secretary of the California Homing Club in Oakland, is spending a few days on the island and was one of the interested spectators yesterday when the Zahn pigeons made their flight. Two trained flyers, Orlando and Whitewings (the latter bearing The Times message) and thirteen young pigeons making their trial trip, were liberated. The birds started promptly on their homeward trip, only pausing to circle two or three times above the roof of the Metropole to get their bearings, when they struck off in an air-line for Los Angeles.”

July 6, 1895 [Evening Star, Washington, DC]: “Catalina's pigeon post. Probably the only regular feathered mail service in this country. [From the San Francisco Chronicle.] So far as I can learn, the only regular pigeon post service on this side of the continent or the other is that which bears messages every day in the summer season between Los Angeles and the little town of Avalon, on Catalina Island, and bears them at a speed which can be beaten only by the telegraph or telephone. The steamers run once a day between island and mainland, and once it has cast loose from the wharf on the island, with a summer population of perhaps several thousands, is as completely cut off from the world as thought it were in mid-ocean, and yet the shore is a scant twenty miles away. The demand for some additional grew. Often there were men of affairs among the visitors, and they were not infrequently more distressed to find means of communication. I remember hearing one financier declare: "I'd give $500 gladly to get a dispatch to Los Angeles; it would be worth $5,000 to me easy." It remained for two young men of Los Angeles, Otto and Oswald Zahn, to relieve the island visitors and residents from their embarrassing isolation. This was accomplished by the establishment of a carrier pigeon post between Avalon and Los Angeles. The service was inaugurated last summer and conducted for several weeks with unequivocal success. It was feared at first that the pigeons, which are distinctly "land birds", might hesitate to fly across so large a body of water; but, as far as known, there need have been no cause for anxiety on this point. The message bearers usually started without delay, arriving at their destination with a certainty and promptness almost incredible. The air-line distance from Avalon to Los Angeles is about fifty miles. This was accomplished by some of the Catalina flyers in fifty minutes. From three to four hours is required to make the trip by railroad and steamer. Last year a considerable revenue was earned in the forwarding of dispatches from Catalina by the winged messengers. Small bills posted conspicuously about the town of Avalon convey the somewhat startling information to the irresolute islander that "private messages and business orders may be forwarded at any hour of the day, and, in connection with the telephone, telegraph and cable lines, to any part of the world." The young pigeon fanciers also add to their income by supplying the daily press of Los Angeles with the latest news from Catalina. Last year the Zahns had not more than a dozen homers in the service, and it was found by repeated flyings at short intervals that the birds toward the end of the season became less reliable. It is not the flight across the water that exhausts them, but the boxing and shipping on the return trip. The Zahn lofts at Avalon and Los Angeles number this year nearly 100 birds of high degree, and these will insure constant and efficient service to and from the island throughout the summer. In a very few instances the birds have been wounded by pot hunters or thoughtless sportsmen.”

June 6, 1896 [LAT]: “Lovers of pigeons are watching with much interest the preparations which are going on for a pigeon race from San Francisco to Los Angeles, which have been in progress for some weeks. Messrs. Crawford and Zahn are training birds for the event…”

July 3, 1896 [LAT]: “The biggest homing pigeon race which has ever occurred in California will take place on the Fourth of July. The birds have been in training for weeks, and when the great day comes, they will wing their flight over the long stretch of country between San Francisco and Los Angeles. This is the longest race ever attempted west of the Rocky Mountains… The Los Angeles fanciers who accepted the challenge are: J. C. Girton… O. F. Zahn…”

January 9, 1898 [LAT]: “George H. Humphreys, who expects to reestablish the carrier-pigeon service between Avalon and Los Angeles on the 1st of February, came over Tuesday. When ten miles out from San Pedro he released fifteen burds that he is training for this work. The time previous they were flown from Wilmington. On Wednesday ten birds were taken from the cote here and liberated from the steamer when ten miles from Avalon. They will be used by the Banning Company to send messages both ways.”

July 7, 1909: “… on board the good ship Flyer, somewhere between Santa Barbara and San Nicolas islands, with the following members [Cooper Ornithological Club] present: O. W. Howard, W. B. Judson, A. P. Howard, H. J. Lelande, C. B. Linton, Otto J. Zahn, Antonin Jay, Chester Lamb and Howard Robertson; also the following as visitors: C. A. Caldwell, It. A. Gaylord, H. F. Hossick, Emerson Knight, H. Linton, H. N. Lowe, W. S. McQuilling, Captain Graves, Mate Grannis, and cook Vic… The party left Long Beach on Friday evening, July 2, for a three days’ trip to Santa Barbara and San Nicolas islands. Santa Barbara Island was first visited… Leaving Santa Barbara Island about 3 P.M. the trip was made to San Nicolas Island, reaching the sand spit at the southeast end of the island about 8 P.M. Sunday. July 4 was spent on the island by most of the party, some of whom walked around the island and examined the cormorant rookeries and the Indian burial grounds…” [Condor 12(1):52]

December 27, 1947 [LAT]: “Mrs. Frances Harmon Zahn, 72, a member of the Library Commission for 33 years, died Christmas night at Good Samaritan hospital of a stroke she suffered Thanksgiving day… A resident of Los Angeles for 51 years… she leaves her husband, Otto J. Zahn, retired…”

October 16, 1965 [LAT]: “Private services have been conducted at Evergreen Cemetery for Otto J. Zahn, 94, a member of the Los Angeles’ original planning commission and a city councilman in 1927. Mr. Zahn died of a heart attack ailment October 12 while vacationing in Las Vegas. He leaves his wife, Ruth, 2115 Estrella Avenue, a stepson, Daniel Curran, and two grand-children.”

August 10, 1978 [LAT]: “Avalon. Phones on Catalina lose personal touch. One of the nations last manual telephone switchboards has gone into retirement, replaced with a $1.6 million computerized electronic switching system that will connect with a number across the world as quickly as an operator could ring the corner drug store… According to a booklet published by Pacific Telephone to commemorate the new service, Otto and Oswald Zahn started it all when they totes a basketful of pigeons to the end of the Avalon wharf on July 12, 1894, inaugurating the Catalina Pigeon Messenger Service. There were two flights daily, with $1 a message charged on the 10 A.M. flight and 50 cents on the 2:30 flight. The 75 trained pigeons, communications banded to their legs, flew to their home loft on Bunker Hill in downtown Los Angeles where the messages were retrieved by the Zahn brothers and delivered by bicycle. By 1902 the pigeon service had given way to technology, and the world’s first commercial wireless telegraph station was built by the Pacific Wireless on a cliff above Avalon…”