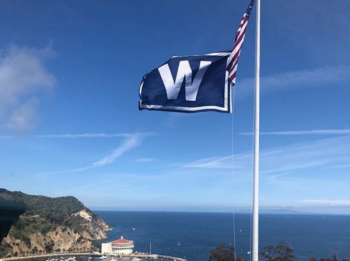 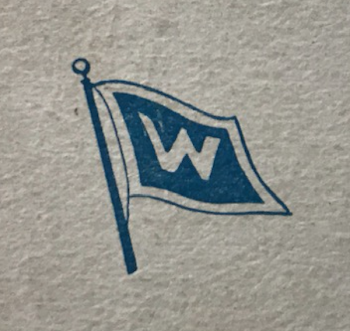 Wilmington Transportation Company (1884-1997) (WTCo) was founded in 1877 by the Bannings, and incorporated by Phineas Banning in 1884. In 1887, Santa Catalina Island owner George Shatto asked Captain William Banning to schedule one of his coastal steamers to make three weekly trips between Avalon and San Pedro to accommodate his vision of turning the island into a tourist destination. Banning’s Wilmington Transportation Company’s earliest vessels, built in the 19th century, included:

Each of these carried passengers between San Pedro and Avalon. In 1892 the Banning brothers, William, Hancock, and Joseph Brent, purchased the island for $128,740. WTC was deeded to the newly incorporated Santa Catalina Island Company, allowing the Bannings to enforce a monopoly of only WTC boats landing tourists on the island. With the success of WTC came the development of outside competitors. Although William Banning ordered the posting of ‘private property’ signs on the shores of Santa Catalina Island, and employed security guards, confrontations became an increasing problem, which in turn generated bad press. Issues of coastal access by the public to private property raised legal questions. As a result of a conflict with the Meteor Boat Company in 1906, in 1907 the courts overruled the Bannings’ monopolistic landing policy in favor of an open port.

In 1910 WTCo letterhead was changed to:

July 18, 1896 [LAH]: “Alexander Smith is to go as mate on board the steamer Hermosa, and John Norby as captain on the yacht La Paloma; both vessels belong to the Wilmington Transportation Company.”

February 1, 1903 [SBMP]: “A bill aimed at Catalina Island landing regulations, but bearing on all of the islands of the California coast, has been introduced in the California legislature by Senator Hubbell. Should the bill become a law, any person may visit Santa Catalina Island, regardless of the arbitrary rule of the Wilmington Transportation Company and its kindred corporation, that unless the visitor goes there on the company’s steamers he must pay $2.50 before he will be permitted to land. It will probably have the effect of creating competition in the business of transporting visitors to and from the island, and may cause an increase in the number of such visitors, and thus add to the popularity of the island as a pleasure resort…”

June 3, 1903 [LAT/SCat]: “The Santa Rosa, a new two-masted schooner built by George Mueller at the Banning shipyards at Wilmington, came over today on her trial trip. She is designed to ply between the mainland and Santa Rosa Island for her owners, Messrs. Vail & Gates [Vickers], who also own the island of Santa Rosa.”

December 30, 1913 [LAT]: “Unless the United States courts shall rule otherwise, coastwise shipping rates between one port of California and another hereafter will be under the jurisdiction of the State Railroad Commission. This was decided today by the State Supreme Court in an opinion affirming the power of the commission to regulate the rates of the Wilmington Transportation Company, plying between Los Angeles harbor and the port of Avalon on Catalina Island, twenty miles out to sea…”

August 18, 1914 [TI/Avalon]: “It is rumored that the W.T.Co. are building a fast gasoline launch to carry mail to Avalon during the winter months. The new boat will be completely decked over to insure safety and dryness while crossing the channel.”

August 3, 1915 [TI/Avalon]: “William Muller, superintendent of the ship building yard for the Wilmington Transportation Company, has laid the keel during the past week for a new gasoline boat to be used in the cross-channel service…”

April 30, 1918 [TI/Avalon]: “The Wilmington Transportation Company has this season issued a handsome new folder setting forth the attractions of the Island Villa and Canvas City. Among the illustrations is one of the new Hotel St. Catherine.”

February 1, 1922 [TI/Avalon]: “The Wilmington Transportation Company advises that prospects are excellent for a heavy business to Catalina this spring. Already there are eighteen different special parties and conventions in sight for February, March, April, May and June. The island is becoming more an objective for organizations which plan annual outings.”

September 20, 1932 [LAT]: “Captain Claude Walton, port captain for the Wilmington Transportation Company’s pleasure fleet at Avalon, yesterday brought the glass-bottom boat Empress from Catalina Island to undergo annual overhaul at the yards of the Wilmington Boat Works. The craft will return tomorrow. She will be followed for overhaul by the glass-bottom Princess and Phoenix and by the searchlight boats Betty O and Blanche W'.”